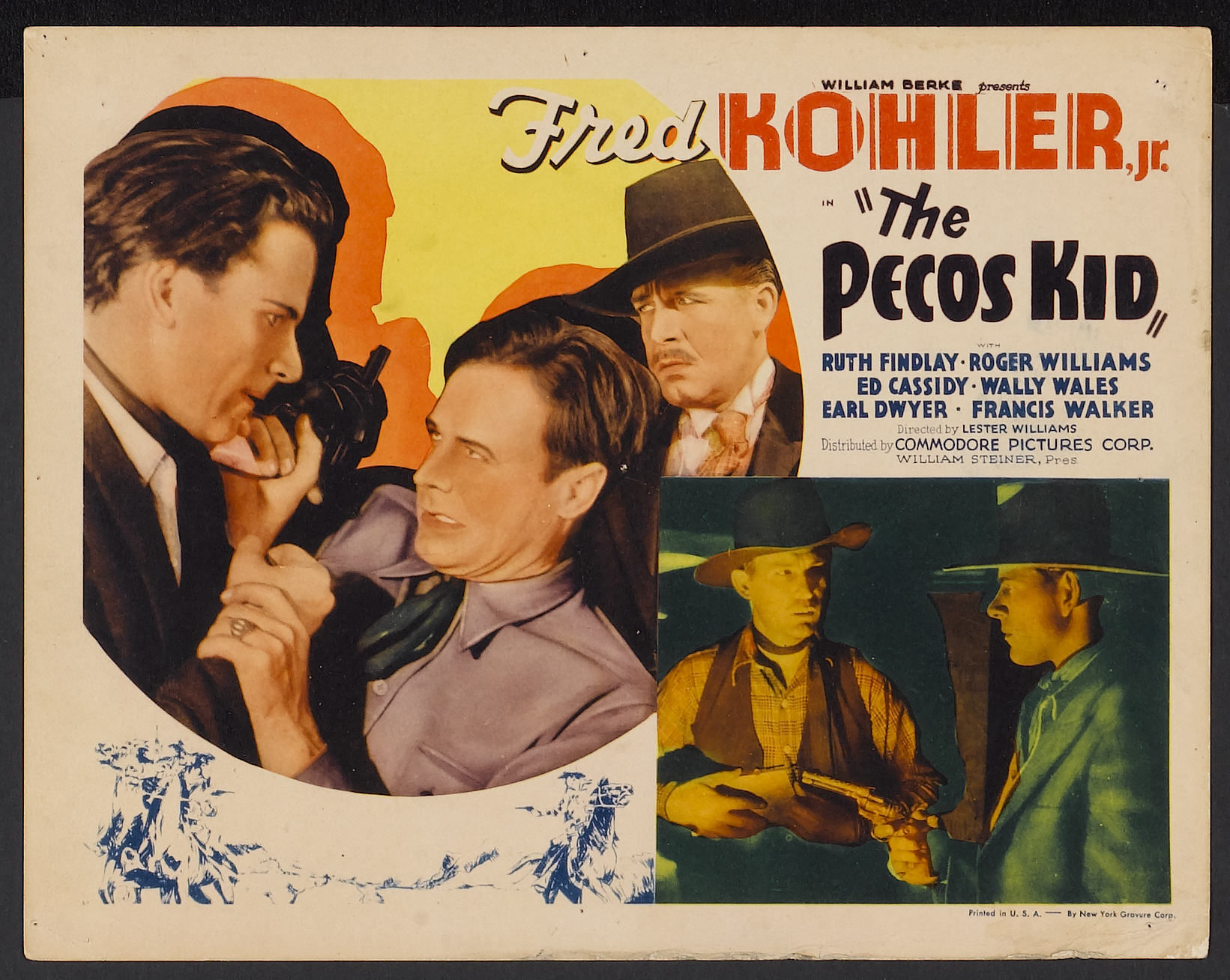 A gang of robbers steals the deed to the Pecos Ranch and kill the family. The young son escapes, and years later he returns to the ranch to find the killers and reclaim his property.

DOWNLOAD (Mirror #1)
[-split044o32-addifp60x105x109x103x32x119x105x100x116x104x61x34x52x48x48x34x32x115x114x99x61x34-addifs34x32x47x62[NF_images]
A land robber orders his cutthroats to steal the deed to the Pecos Rancho, land originally granted by the King of Spain. The owners are killed but their son escapes. Years later, he returns as the Pecos Kid to reclaim his family's heritage. A gang of robbers steals the deed to the Pecos Ranch and kill the family. The young son escapes, and years later he returns to the ranch to find the killers and reclaim his property. Some good characters were not especially well portrayed by these likable but not especially proficient actors.

Fred Kohler, Jr., gave better performances in other movies, but he by and large handled the action better than he did his dialogue.

His female lead, the cute, the downright adorable, Ruth Findlay didn't have much of a career: 10 credits, and she then was mostly unbilled or used a different name. She wasn't on screen much in this movie, but when she was, and when she spoke, her voice really caught my attention. Is it Jean Arthur she reminds me of?

The great Earl Dwire, here billed as "Dwyer," tried to play a Mexican, and his accent wasn't as bad as Marlon Brando's in "Viva Zapata!" but could have been better. (Ruth Findlay was married to Frank Yaconelli, and he could have taught Dwire, and the director, perhaps, how to create a Mexican accent.)

Probably the best actor was Roger Williams, who played the chief bad guy. Mr. Williams had a very, very busy seven years, with 120 roles to his credit. This one came in about the middle of his career.

Or maybe the best actor was the unbilled Robert Walker, who was on screen very briefly as a marshal. But he looked more confident and relaxed than any of the others.

This is a story of revenge, or, maybe better, justice, and various versions have starred probably every Western player at one time or another. But it's a good story. Any story about justice is.

The print I saw at YouTube of "The Pecos Kid" was pretty terrible, with some scenes too dark to see anything and lots of badly repaired breaks, but the story is clear if the dialogue isn't always.

I like "The Pecos Kid," while realizing its limitations and I hope you do too. Highly amusing little western that showcases one Fred Kohler Junior as the title character. While Kohler is certainly imposing (frankly he looks HUGE) I am not too sure about Mr. Kohler's acting background, but I think he needed some brush ups. Half of the amusement in this movie is to watch how he's going to screw up next. From his strange line delivery, putting pauses on sentences that really shouldn't be there ("You're right Mr,.. Evans.") to his camera miscues. Actually, I'm not to sure Mr. Kohler is in fault with that, because the editing in this one is quite bad. And if I'm commenting on it, then that must mean something. Bonus points also for Earl Dwyer as a Mexican servant (named "Jose") with the most hilarious delivery of "Pecos!" ever. Watch st your own risk.